Under the motto “A heart for Syria and Iraq”, “Suryoye Indoors” organized an indoor football tournament in the sports hall Riet in Sargans last February. As the sponsors and visitors promised, the entire proceeds of CHF 27,000.00 fully benefit the refugee families in Syria and Iraq. With ARAMAIC RELIEF International, the right charity was found right from the start. The relief agency, headquartered in Baar, has proved itself in recent years as a specialist for aid in the Middle East. It can already look back on numerous projects.

Last Wednesday, the check-over took place in Mels. The Board of ARAMAIC RELIEF presented the new projects and reported on current emergency aid in the Middle East. The founder of the Relief Society, Severiyos Aydin, told of many fights and experiences on the ground.

In the name of our humanitarian aid organization ARAMAIC RELIEF International, we would like to thank the organizing committee of “Suryoye Indoors” for the tireless efforts and the excellent result of this event. We would also like to thank all the helpers, sponsors and visitors who have contributed to this great achievement. 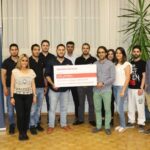 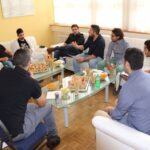 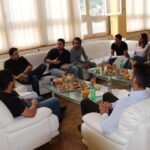 Arrival of 10 tons of relief supplies from Switzerland in Northern Iraq, July 2017